“My dad used to say makeup was a shallow girl's sport, but it's not. It's armor.”
― Courtney Summers

There are so many updates I need to share: health, writing, plans, hopes, fears...life. But I'm going to take some time away from the over-indulgent navel gazing and share two more Finding my Red stories. I find that listening to and sharing other's stories is just as important as telling my own. So here are two stories from fellow bloggers:

I was encouraged to wear makeup since middle school, but I rebelled.  My grandma thought, “Un poquito de roodge mijita. Y los labios tan morenos. Ponte algo!”  Grandma felt that a woman with a little color was going places. Makeup marked her success in her home with her marido and in her life with being attractive enough to climb the ladder. I would have rather been a boy. Boys didn’t deal with makeup nor did they deal with the need to be attractive to go places. 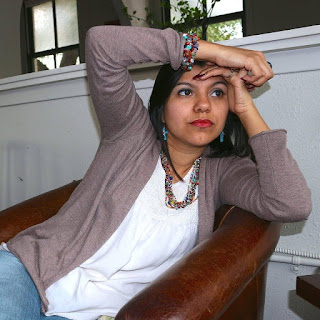 I don’t know what I was, but a girl who wore makeup I would not be.  I didn’t wear makeup for years. I felt it was oppressive. I felt makeup was the very disguise we hid behind so that we didn’t have to be ourselves. Because someone demanded it of us.

Each day over the years, I watched my grandma paint on her face and then grab a pencil to stab a fake mole onto her face. My grandma was beautiful. Her modos were elegant and her work ethic was fierce. She was a confident woman.

After I had both of my children, I started to wear makeup. Something to spruce me up and make me feel better about myself after post-partum depression. I only wore a bit of nude lipstick (mostly lip gloss) and eyeshadow the color of my skin.

I didn’t break any barriers until last year. My children are 16 and 10. My 16 year old is fabulous at wearing her makeup. Wings, and lips and eyebrows. Esta werca salio como la abuela! She wears it confidently.  Something I could never do when I was her age.

“Mom, just do it!!” My daughter’s enthusiasm was a great way to step into wearing makeup con ganas.  Last year, I wore red lipstick for the first time. Because mija gave me the confidence and the free pass to wear what I want. I was self-conscious the first time I wore it. Will people think I’m ofrecida? No one said a word, but it made me feel rebellious in such a different way. I owned the time I chose to wear the lipstick. I chose how much and where I would wear it without any regard for submitting to someone’s demand of me wearing it. I wore it porque me dio la gana. 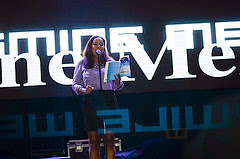 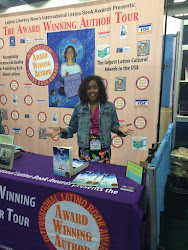 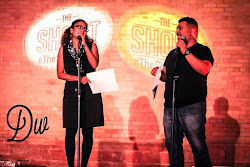